We do not share your data with any other companies, and you will not be personally identified.

Back to the journey.

Please input the 6 digit code from the email and your new password.

Did not receive an email? Please check your junk mailbox, or try another email address. 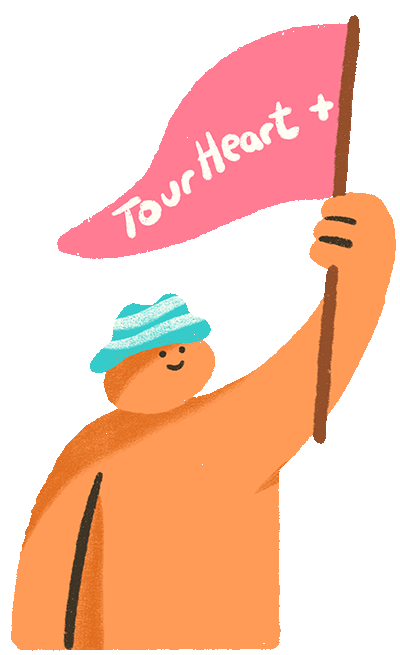 The classic, iconic song ''Don't Look Back in Anger'' conveys the message that we do not have to contemplate on the loss and anger of the past- ‘‘Step outside, summertime's in bloom.’’ Reflecting on and contemplating about the past may be part of human nature. However, when our mind lingers on bad memories and turns them into ruminations, how does it affect our mental state? Rumination and worrying are our responses to stressful events, when we repeatedly dwell on distressing thoughts and feelings, our thoughts being entangled in the same problem and our emotions fall into the whirlpool of troubled thoughts. Common thoughts include: "Why is this happening to me?’’, "Why do I feel this way?", "Why bad things keep happening to me?"

For instance, after a breakup, we may start wondering "Why did they do that?’’, "Did I do anything wrong?" Or " Would things have been different if I didn't do that?". We may even start blaming and critiquing ourselves or others around us; the mind is like falling into the eye of a storm, which can affect our emotions, physical reactions and behaviors, such as feeling tired and muscles tensed (physical reactions), avoiding interactions with others (behaviors). Why Do We Ruminate?

Nearly 40% of the participants found meaning and solutions to the problem in ruminations. Participants with higher levels of self-reported ruminations endorsed significantly more strongly the reasons for ruminating. In fact, ruminations may not be constructive to our mental health. Experiencing frequent ruminations can make us more vulnerable and harder to deal with difficult situations, affecting our daily lives.

Psychologists have studied the mechanisms that maintain ruminations and have developed the HEXAGON model.

A single occurrence of the five mechanisms does not sufficiently develop rumination; rather, the elements are usually interrelated, contributing to the onset and maintenance of rumination in an additive and synergistic way, and occur simultaneously to develop patterns of thought that affect our body and mind.

A simple example: at a party, no one talks to me, so I feel that people do not like me (negativity bias); I fall into the thoughts of "why is everyone not talking to me?’’ or other similar abstract questions (abstract processing). The same thoughts may recur when I later attend a party (habit development). What are the Effects of Rumination?

Studies have found that rumination brings the following impacts:

In response to the above-mentioned HEXAGON mechanism that maintains rumination, psychologist Prof. Edward Watkins has developed rumination-focused cognitive behavioral therapy. It breaks the thinking cycle of ruminations, such as the formation of negative bias and abstract processing, thus eliminating the habit of rumination.

Through guided audios, videos, exercises, and text, we learn how to be aware of emotional changes, be mindful of environmental factors (time, place, person) that trigger ruminations, as well as the physical and emotional signs of stress. We can learn to think specifically and be kind and compassionate to ourselves, design new responses to our thinking and behavioral habits.

In addition to cognitive behavioral therapy, research studies have also shown that mindfulness-based therapy is effective in reducing ruminations and alleviating depression or anxiety symptoms.

We invite you to become a member of JCTH+ and join our free online mindfulness-based and rumination-focused cognitive behavioral therapy courses to build your mental muscles and become a stronger version of yourself. Embrace all of our emotions calmly, feeling their ebb and flow, come and go. What is Cognitive Behavioral Therapy (CBT)